Why is it so difficult to talk about race and discrimination in the veterinary profession?

Why is it so difficult to talk about race and discrimination in the veterinary profession?

The British Veterinary Ethnicity and Diversity Society facilitated a workshop as part of the Community Mastermind sessions at London Vet Show to discuss the topic of discrimination in the veterinary profession.

Lack of ethic diversity is evident throughout the veterinary industry. Only 3% of the UK veterinary profession is non-white (BVA 2019), despite over 20% of the ‘working age’ UK population identifying as Black, Asian, or other ethnic group (Gov 2018). Therefore, a goal of the session was to address this under-representation and to explore the issues various minority groups are facing in the veterinary profession.

The discussion was led by Jide Fadojutimi, a facilitator and diversity trainer and was attended by a range of delegates that included: a range of vets, nurses, paraprofessionals. The mastermind began by small groups examining the problems they have experienced or witnessed related to diversity. Common themes included: lack of representation and racial mirroring in the profession and in the media, abuse from colleagues and clients, regular racial micro-aggressions, and recruitment barriers.

Following this, groups reported what they liked about their veterinary work, and what they wish they could change. This task demonstrated that most people enjoy their veterinary job, but wish for better remuneration, easier access to vet schools for BAME students, and ‘having their voice heard’.

The session concluded by exploring inclusive leadership and the delegates discussing what they believe is needed from veterinary management. Important qualities of leadership were revealed to be cultural intelligence, commitment, collaborative, and cognisance of their own bias and willingness to implement actions to mitigate structural bias.

Employers need to be aware of the challenges that those from minority backgrounds are facing, and need to build trust through their own education as allies, and instil a culture where marginalised communities are able to talk directly with those who can bring about organisational change.

Employers and organisations play a very important role in promoting diversity, and approaching inequality with transparency, by building a work atmosphere where everyone feels included. Diversity is repeatedly reported to benefit the workplace and enhances productivity, performance, and overall well-being (Kornegay 2011, Guillaume et al. 2017, Kemeny 2017).

Many people in the veterinary profession may not be aware of the racism their colleagues experience today. However, awareness and education is essential; and lack of tolerance for racist behaviour does not mitigate the systemic and institutional issues that occur for minority students and staff. Intolerance of hostile behaviours is not the same as genuine equality and opportunity, and veterinary employers need to be aware of the challenges that those from minority backgrounds are facing.

BVA 2019 BVA report on discrimination in the veterinary profession

Kornegay LM 2011, May A business case for diversity and inclusion: Why it is important for veterinarians to embrace our changing communities

Figure 1. From AAVMA diversity and inclusion on air initiative. 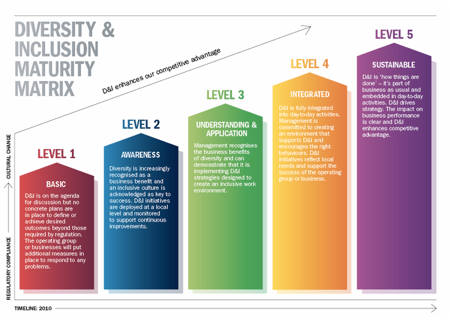 BE THE LEADER OF YOUR PACK

Be the first to hear the latest news, programme updates and exclusive industry releases.